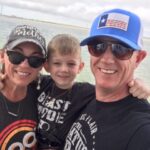 “SFP has given our team every tool we and our customers need to succeed. Let’s be great today!”

Devon joined the Houston sales team last year when they opened their operations. Sales Manager, Grant Larson stated, “Devon is the ultimate team player. He is a hard working company man, highly respected by his co-workers and customers. Devon is a huge asset to the Houston team.”

Scott Kraus has been with SFP for one year. He is a forklift operator at the Westminster branch. Operations Manager Matt Worley said, “Scott is a dedicated and hardworking employee. He puts in “a day’s work in a day’s time, AND THEN SOME!!! He has been a valuable asset in an area that is constantly changing.”

Scott is a huge Pittsburgh Penguins fan and a single father of three children ages 14, 12 and 9. He enjoys playing video games with his 9 year old son “while the girls do their thing.”

“I enjoy being able to do different tasks throughout the day. The people that are here make it interesting and fun.”

Pam has been with SFP for 11 years and does a little bit of everything for the International Operations team. She is a stacker, a bar coder, a puller and a forklift driver. Warehouse Manager, Kyle Hale said, “Pam is a dedicated, hard working employee and a great leader in the warehouse. It’s been a privilege to work with her for the last 11 years.”

Pam is engaged to Kyle Wilhelm and together they enjoy hunting, fishing and just being outdoors with their three dogs (two huskies and a beagle). In addition, Pam is a certified veterinary assistant and a radiology technician.

“The best things about Snavely for me have been the people, the bonus program and the yearly raises.”

Chris “Big Money” Coddington began his SFP-Pittsburgh career in September of 2000. Chris works in the warehouse pine room. Assistant Operations Manager, Chad Kirkwood said, “I can always depend on Chris to be there helping when things get rough.”

Chris is a single father of three Theresa (19), Angel (17) and Christopher (13). The family shares their home with a dog and two cats. Chris considers his biggest accomplishments in life as watching his daughter graduate and owning his own home.

“Having joined SFP directly out of college, I consider myself extremely fortunate to have spent my entire career with such a great company. Great people are the hallmark of our company and I am honored to have worked with so many!”

Mark joined SFP 33 years ago as an Inside Sales Representative. He has worked his way up to his current position as Vice President – National Accounts. COO Clark Spitzer said, “Mark has held many positions from Senior Account Manager to General Manager to VP-National Accounts. We can always count on Mark’s commitment to our customers and company.”

Mark is the father of three grown children and enjoys spending time with family, cycling, golfing and cooking. 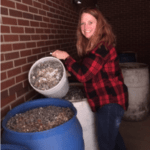 “I love all the great people that work at Snavely. People are helpful and it is nice to be part of a team that is willing to help and explain.”

Georgina “George” Franiok has been the Accounting Manager at the Denver branch for the past four years. General Manager Bryan Craig stated, “as a manager, it is a necessity that someone in Georgina’s position cares about keeping our books accurate. Georgina works hard to make sure we keep everything and everyone on track.”

Georgina and husband Adolf have raised their daughter Nicole and now have more time to enjoy camping, golfing, bowling and Georgina likes to sew. In addition, Georgina operates a charity called “Tabs for Kids” that benefits the Ronald McDonald House and Children’s Hospital in Denver. Aluminum pop tabs are donated and taken to Ronald McDonald House and cashed in for valuable donations. Georgina organizes an annual golf outing to benefit “Tabs for Kids”. You can follow “Tabs for Kids” on both Instagram and Facebook. If you would like to make a donation you can email Georgina at tabsforkids@yahoo.com

“The best thing about working at Snavely is the people. People that are always willing to lend a helping hand and go that extra mile. People that you want in your corner before and after the deal is closed. But I must say the ESOP runs a close second.”

Vince is the EWP Manager at the Dallas Branch and has been with SFP for 30 years. Sales Manager, Marshall Owens said, “Vince Grayson exemplifies “leading by example.” He is one of the most highly regarded figures in the Texas market. Vince is loved by his employees and customers alike, and he represents our company like it was his own. He’s just one of those people who elevates everyone around him. Most quotable quote from Vince Grayson; “nothing fails but a try!”